The Tale of Ole Daublin 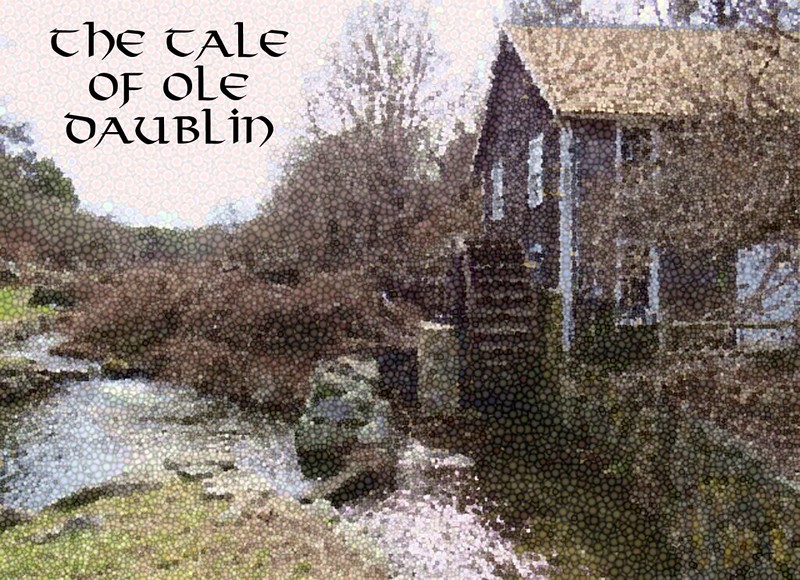 Long ago, in another world, there was a continent called Tarminofel. Tarminofel was divided into five provinces – The Harvest, The Hunt, The Harbor, The Dig, and The Home. The Home served as the capital, although the provinces were generally friendly and self-stable. The Dig was nestled in the Lont Mountains to the west, from which the precious metal glorindel was mined. The Harvest produced most of the grown food and livestock for Tarminofel and was renowned for its whiskey fairs. In The Hunt resided The Great Ash Forest, and the best trackers and rangers always came from there. The Harbor…well, no one knew much about The Harbor. 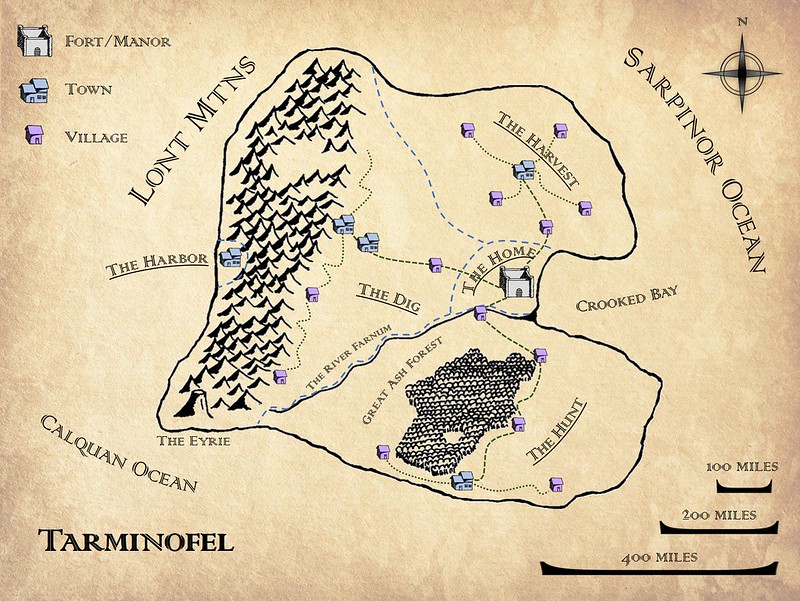 It is in The Hunt the tale of Ole Daublin primarily lies, though whispers of his presence were known throughout Tarminofel.

The nature of Ole Daublin, who or indeed what he actually is, is the subject of some debate, with everyone in Tarminofel being an expert. Some folks think he’s a crazy old hermit, some believe he’s a god, but all agree there is something rather strange about him. Stories of folks encountering him were lousy with exaggerations of heroic deeds performed by the teller, as stories often are, but all tales had a few things in common.

Daublin was a wizened, lively old man who lived in a small cottage with a thatched roof and waterwheel, next to a clear, cool stream with lily pads and long grass along the banks. His home had a little garden in the back where he grew carrots and the biggest watermelons you’d ever see. And neither he, nor his home, nor his stream, were ever in the same place. There are countless histories of denizens of The Hunt, the best trackers in the world, trying to find the old man and his queer home, but none of those histories ever ended in success. It seemed Daublin’s stream and home – and indeed the man himself – would only appear if you weren’t looking for him, and his appearance was always signaled by the approach of his song.

Daublin loved singing and dancing through the Great Ash Forest and along the banks of his, and all the other streams. If you were walking in the forest and heard his song, you knew you were about to meet the legend himself. No one that has ever heard his song can remember the words, though they have the distinct impression that they were resonant and clear – but none could ever forget the tune.

As far as what Ole Daublin actually did varied wildly from story to story. Some travelers would be invited into his home, where they were served thick white bread with golden honey and milk before going on their way. Some travelers would find Daublin in their most dire needs, when rain tore through their souls and thunder stung the ground, and he would give them refuge inside his dry home, next to his warm hearth until the storm had passed and their minds were rested. Some people claimed to see him perform miracles, and others saw just a lively and kind old man with wisps of grey-white hair protruding at all angles from underneath his green felt tyrolean.

Daublin gave a long, satisfying yawn and stretched his arms and legs as far as they would go. He then sat up, pivoted, and settled both feet onto the shaggy rug that covered the wooden floor of his bedroom. He chuckled to himself – he liked chuckling – and padded across his room to his washbasin where he splashed his face with cool water scented with wildflowers. Refreshed, the old man went to his dining area and sat at the table. His morning bread and butter and honey and milk were already prepared – they always were – and he savored them while he pondered what he wanted to do today, though there would certainly be plenty of singing and chuckling.

It was a beautiful, gray and drizzly day, which was fine, but the past few days were all beautiful, gray and drizzly, and Daublin was in the mood for something blue and brisk. Fortunately for him, Daublin knew who he could talk to about changing that, and they owed him a favor anyways. After his breakfast, feeling contented, Daublin put on his green felt hat, and as the skies parted, he set out to play with the day.

Once he had danced and sung and chuckled himself full, Daublin’s day was done. After a delightful meal of wild berries and pine nuts, Daublin said goodnight to the world as he drifted off to sleep, thinking about the future. There was an interesting group of explorers in the mountains to the west, maybe he and his stream and his cozy little home would visit them tomorrow.

2 thoughts on “The Tale of Ole Daublin”